Cookies help us deliver our services. By using our services you ageee to our Privacy Policy
Sign up, connect and re-discover Brooklyn, find places / post / reviews / chat with friends check for news, events, hot deals near you
I hereby certify that I an entering my own information.
I understand that MyBrooklyn.com is privatelly owned entity
and doesn't sell/share personal information with a third paty.
I agree to the Terms of Service and Privacy Policy.
Fuhgeddaboudit I'm just browsing 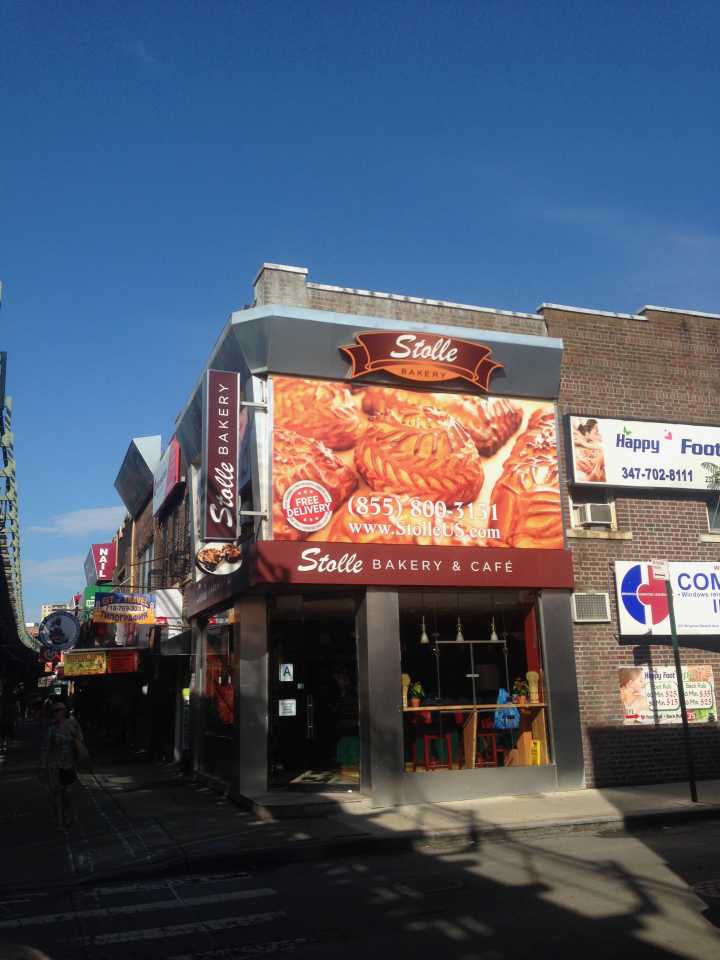 I also enjoyed Stolle pies in Moscow and Minsk, but these are extremely perfect! Russian pies with American standards of quality - that's really great food!

Published on
Features
Opened in 2002 in St. Petersburg, Stolle began as a small restaurant serving traditional cuisine. Local residents gravitated immediately to their pies, made on premises with simple, fresh ingredients according to ancient recipes passed down from generation to generation. Soon thereafter, Stolle expanded to multiple locations in in Moscow, Kiev, London and throughout the Russian Federation. AT HOME IN NEW YORK CITY Seeing an opportunity to fill a void for accessible, affordable and delicious Eastern European cuisine in the most culturally diverse, food-centric city in the world, Stolle has now established a footprint in New York City. Stolle is a quintessential New York establishment – perfect as a quick snack on the go for a busy New Yorker; a casual lunch; a hearty dinner; a celebration feast for all your friends and family; or the last stop in your evening for a coffee and dessert, or a night cap. Stolle is a place to come and feel welcome, morning, noon and night. The café interior is modeled after the classic, late 19th Century European café. Sleek wood floors, luxurious benches, comfortable tables and warm lighting mix naturally with the hearty, delicious smells of fresh pies baked on premises. In addition to the traditional pies on the menu "Stolle" provides a variety of Russian and European cuisine: salads, appetizers, soups, hot dishes and dessert, tea, coffee, soft drinks and alcoholic beverages. STOLLE TO-GO Now you can share Stolle pies with all your friends and family for any occasion. Don’t have the time or energy to prepare a hearty and healthy dinner for your family? Getting together with your friends to watch the game? Enjoying a warm summer’s evening on your patio or roofdeck? Hosting an engagement party or baby shower? Celebrating your birthday at home or at a local venue? Stolle pies are always appropriate. They can dress up or dress down according to the occasion, venue, and accompanying cuisine and beverages served. Stolle pies come in small, medium and large sizes – they serve six, ten, or twelve people, respectively.
Places Nearby
0
0